Anyone can tell a raccoon from a frog or bear or rabbit; but what about identifying the distinctions between a Ring-Tailed Raccoon and a Procyon Lotor? The truth is that there are several different species of raccoon in America. It is fun learning the different and distinguishing qualities of each class and kind. Continue reading to learn about a few common raccoon species found in North America; including the ones we have just mentioned!

Procyon Lotor is the scientific name for the common raccoon. Other appellations include Northern Raccoon, North American Raccoon, Common Raccoon; and colloquially as “coon”. They are a medium-sized mammal mostly recognizable by the black mask-like stripe across their eyes and face. This characteristic is mostly associated with the common raccoon. Although other species of raccoon have this similar feature, it is mostly identified with the typical raccoon species one would expect to find in North America.

Other characteristics of the Procyon Lotor include a striped tail, a body weight anywhere from eight to twenty pounds, an omnivorous diet, and agile front paws. They are intelligent critters that usually live in forested or deciduous habitats; however, due to over-construction and land developments, raccoons are calling residential and commercial neighborhoods their homes these days. This reputation has given this species of raccoon a label as a nuisance. 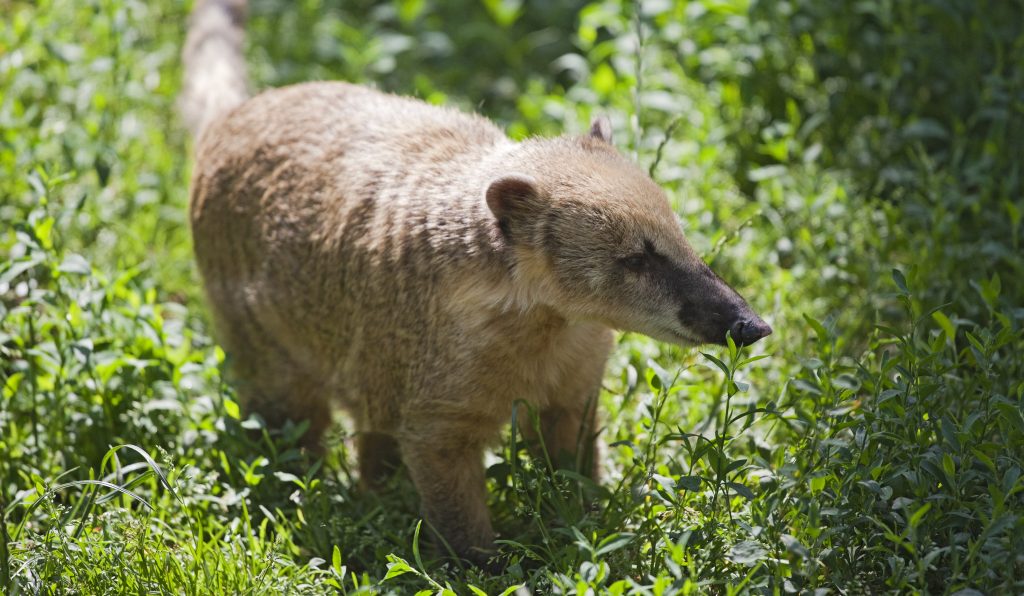 The White-Nosed Coati species of raccoon is quite interesting. They appear much different than the common Procyon Lotor, and typically reside in moister forests and wooded areas. Due to this preference of habitat, White-Nosed Coatis are primarily found in Arizona and New Mexico; in the Americas. They have relative species in Costa Rica, Columbia, Mexico, and Cozumel as well. They are smaller in size to the common raccoon by as much as ten pounds. Their faces are marked with white fur on their nose at the tip of a very long snout. Their fur is less dense and shorter than a common North American raccoon. Although quite different from the common “coon”, White-Nosed Coatis share the same diet habits because they are also omnivores. They eat eggs, small vertebrates, insects, fruit, and more; just as the Procyon Lotor.

Also called ringtail cats, marv cats, or miners cats, Ring-Tailed Raccoons are commonly found living in Colorado, California, Kansas, Nevada, Oregon, and even New Mexico with their cousin the Coati. They are also omnivores just like the other raccoon species we’ve mentioned, but they are also one of the most carnivorous species of raccoon in the world. They eat small birds, frogs, snakes, rats, mice, and even rabbits! This is an amazing feat considering their size. Ringtail ‘coons are also nocturnal, just like all other raccoon species in North America. 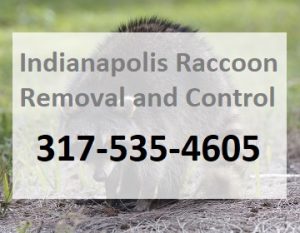 Call 317-535-4605 for Indianapolis raccoon control services you can trust. We are DNR licensed and insured nuisance wildlife removal contractors who offer a wide range of raccoon removal and control services, including raccoon cleanup, raccoon proofing, minor restorations for raccoon damages, and more. Call 317-535-4605 to request a free estimate or emergency service, today.